FL Studio for macOS is now in BETA This is the original 'Alpha' series thread: GO HERE for the Beta thread. NOTES: It's an Alpha - so has more bugs than a normal release version.

The original version of FruityLoops (FL, for short) was developed for Image Line by Didier Dambrin in 1997. It was officially released a year later while it was still, reportedly, essentially only a MIDI drum machine.

Now, for those of who-who are awake and preferably sitting the right way, a MIDI drum machine is an electronic tool that creates percussion and rhythms. Drum machines create artificial percussion lines digitally in the absence of an actual drummer, and modern versions can create interesting-sounding and unique mixes on the fly.

Most drum machines even allow users to program their own types of types of rhythms - slow, fast, medium, staccato, etc. - as well as other sounds or prerecorded samples can. These machines significantly influenced the music of the 1980’s and popular artist such as Peter Gabriel, Fleetwood Mac, Prince, and Stevie Wonder have reportedly used them.

The drum machine soon evolved to become a software version that could be downloaded for home and personal computer, but, before it could get there, the technology had to undergo one more transformation. The digital audio workstation (DAW) is an electronic device used for recording sound, editing it, and producing complex audio files. Essentially it is a computer and soundboard the is pre-programmed with sound manipulating software.

More advanced than a drum machine, DAWs could be rolled out in a number of configurations, but most had a central sound interface and mixing station attached to the core percussion unit. The idea, of course, was that all of the sound recording and post-production work could take place all in one machine.

Today, DAW hardware is still used in professional studios for the production and recording of music, speech, pre-recorded radio, books-on-tape, and television. But, for the home user, DJ, and casual musician a DAW usually refers to computer software for laptops, PCs, Macs, and even mobile devices, with FL Studio being one of the most well-known.

FL Studio, though, has undergone a number of updates since its introduction 20 years ago, and, on]Ma 22nd of this year it even introduced a native MacOS-compatible version. FL Studio 20 includes many items that the Mac Beta version did not, including support for time signatures, freezing for clips (to allow for processing in the background), new recording options, a smoother workflow, and the ability to have more than one project going at a time.

This long-awaited release came after the application made is original Mac-friendly debut in 2013. But, at that time, the reception was cool at best, reportedly due to errors in the programing language, Delphi, which needed to be completely overhauld to support the 64-bit MacOS running environment.

The upshot, though, was that, after the long wait, your FL Studio license would cover the software versions for both your Mac and Windows machines. Moreover, if you owned a license for the PC variety, you could download the Mac version for no additional charge, and projects were now completely compatible with both operating systems, despite third-party add-ons.

You can get the most basic “fruity” version of FL Studio for Mac or PC for $99 on the company’s website, while the pimped out, full version goes for $899 and includes all of the instruments, a boatload of plug-ins, and music samples galore.

Offering the ability to effortlessly migrate projects between PC and Mac with one license is no paltry thing, and it only improves what was an already intuitive and easy to use editing layout. Plus, the list of features tops what you would find in many DAWS that cost twice as much. So, let’s have a closer look at what FL Studio for Mac really offers.

Clearly, version 20 is a beast of an update regardless of the fact that the software now offers support for MacOS. And, with support is for both VST and AU plugins as well as third-party plugins, the Mac version is as robust as the legacy version, but you will also get Image-Lines's lifetime updates plan, which, in an of itself, might be a sound reason to jump aboard the fruity loops bandwagon.

Now, as if all of those reasons were not enough to convince you to download FL Studio for Mac, the fact that you can download it for free might just seal the deal. That’s right! Get a free, non-time restricted version of FL Studio from the Image Line download page and try the software out for as long as you like.

The trial version is a complete version of FL Studio 20, and, albeit with some crucial limitations, you’ll have access to all of the plug-ins and features we talked about here. Plus, when you do decide to buy, there is no need to reinstall. Simply download the registration code, and, boom, you are in. 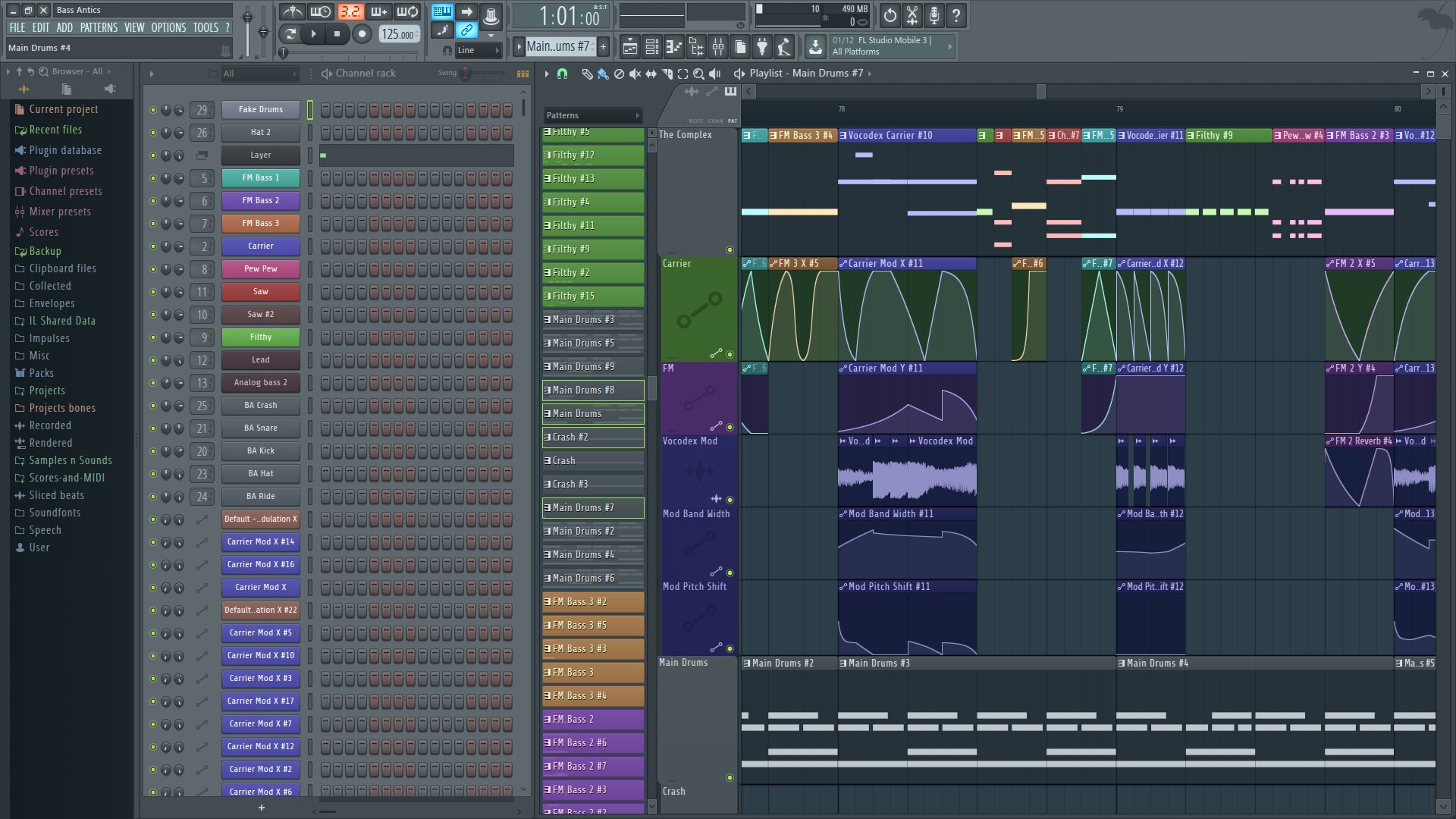 Much like Mac’s proprietary Final Cut, when you purchase FL Studio for Mac, you’ll have access to many plug-ins and the option to download and install a vast array of third-party software. Of course, you can buy many of these a la carte off from the Image Line website, but let's take a look at a few in order to see what you are actually getting when you buy the premium version of FL Studio for Mac.

Keep in mind that Image line is offering FL Studio with all bundles for $899.00, while they estimate the value of their software bundles to be at $707.50. If you factor in a lifetime of updates, you are in for deep discounts indeed, although, curiously, we noted that if you buy the 99 dollar version and then add in the $708 dollars (rounding up) of plug-ins afterward, it will only cost $808.

We guess that may be where the audio recording feature comes in? Nevertheless, there still seems to be some added value there, and, plus the addition of third-party software makes the FL Studio product even more robust. Again, this alternative software are available at a la carte from the Image Line website and are not included in any of the FL Studio for Mac bundles.

Regarding third-party software, Image-Line has created an extensive links page with resources that include a Knowledge Base, a FL Studio Help Page, YouTube Videos, a Song Exchange, and content libraries. Find topics like Sample Fusion, where you can download a vast number of free samples, FPC kits, and FL Keys libraries, and you will also enjoy links to recognized partners which include the following: 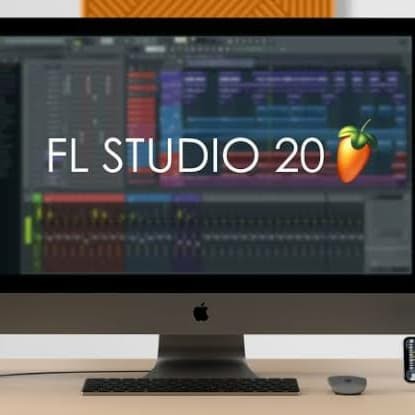 After hearing about the history, the cross-compatibility, the added value, the resources, and the intuitive, user-friendly design, you might still be on the fence about FL Studio, and, to be fair, there are competitors out there.

However, consider that FL Studio also offers mobile versions of their software for editing on the go on your iPad or Android device. And the mobile version doesn’t skimp on features, either. You can use high-quality synthesizers and samples, the Step Sequencer, for fast percussion programming, and Touch Controllers with configurable virtual piano-keyboard and drum pads.

Plus, you will get all of the MIDI controls, the ability to live record sound, and a high-performance audio engine with a mixer and effects, like Auto Ducker, Piano Roll, Chorus, Limiter, Compressor, Distortion, Equalizer, Reverb, Flanger, and more.

Moreover, you’ll be able to export formats like WAV, MP3, and AAC, as well as sync to compatible devices and share with variously sized screens. So what are you waiting for? Go ahead and download FL studio for Mac today.